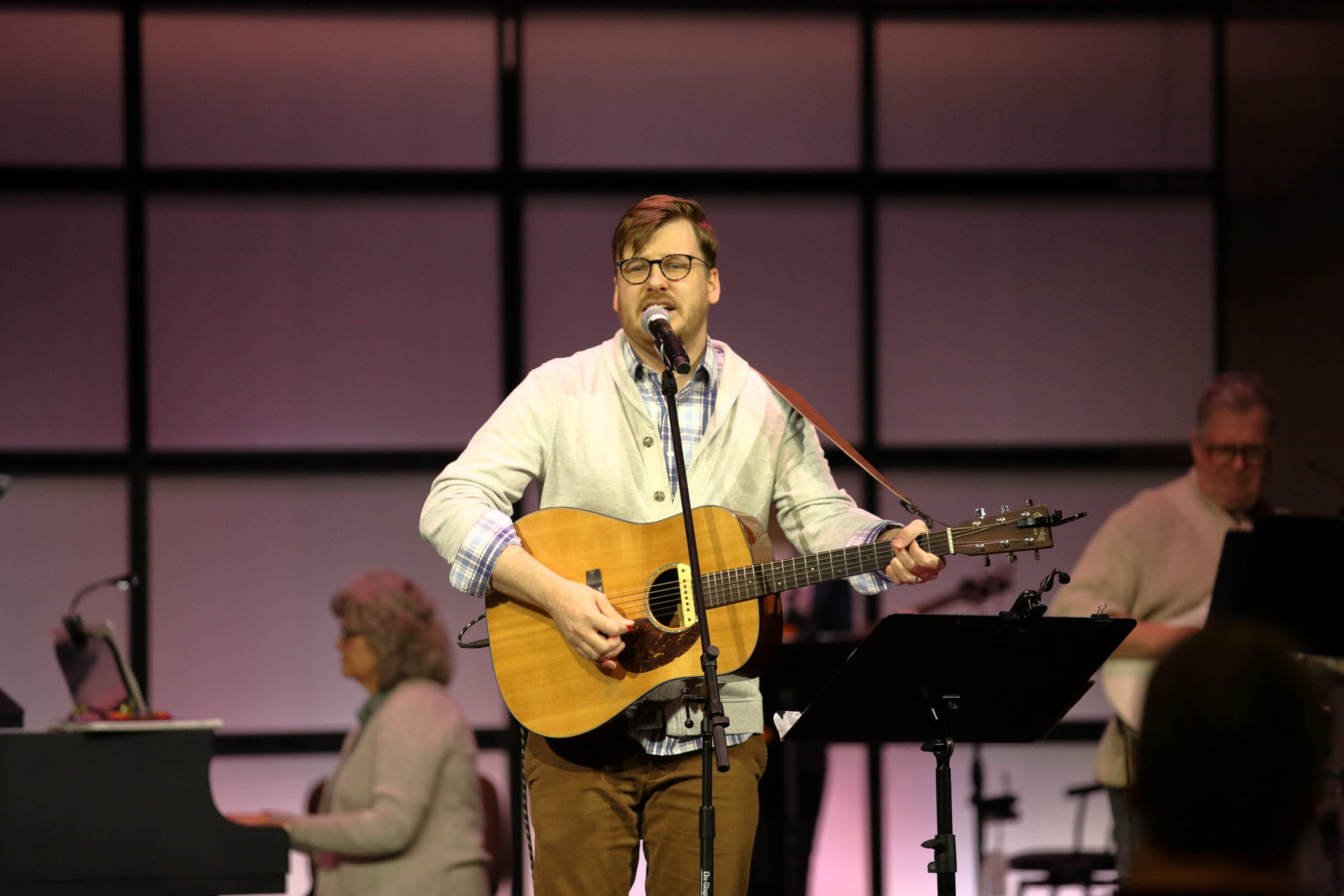 As we trudge into another month of the pandemic, many things in our culture that used to be prominent are now fading into the background. No one is tracking movie revenues and ticket sales because theaters are closed. Celebrity gossip is on standby because the celebrities are holed up like the rest of us. ESPN can only reminisce about the past and blindly theorize about the future, without so much as a fly ball to talk about in the present. So as a musician and songwriter, I’ve been thinking a lot about the use and value of music in this crisis. What, if anything, can a song offer us at a time like this?

Many use music as an escape. They can put some Motown hits in their earbuds and daydream about summer barbecues and friends gathered around a pool. Others use it to calm anxious nerves or help them sleep. Some use it to let off steam; aggressively yelling the lyrics to angsty songs of their high school days. During this global emergency, some are trying to use music to establish a sense of community, solidarity, and camaraderie; like a group of celebrities whose recent, and infamous, attempt went viral. Gal Godot and friends sang John Lennon’s “Imagine,” each taking a phrase or two. The post was widely shared, but also widely criticized. While it connected with some, it fell flat with more. When people around the world are thinking about their mortality, it’s a little tone-deaf to sing the words, “imagine there’s no heaven.” It is more likely that many who never gave the afterlife a second thought are now imagining, hoping, that there is indeed a heaven. And that by some cosmic scale, their good deeds may grant them entrance. While the “Imagine” video clearly came from a place of privileged security and post-modern hubris, the reality is that all secular music always has, and always will, fall flat at the end of things.

Don’t hear me say that you should burn all your CDs except The Gettys. That’s not where I’m going. I have a tremendous amount of respect and admiration for the great secular songwriters of the world, and I cherish their art. I long for the days of (perceived) safety and the bubble of western comfort that afforded me the emotional headroom to sing “Brown Eyed Girl” like it mattered. But tonight, as the headlines roll out new numbers, and more friends ask for urgent prayer for an intubated loved one, it just doesn’t matter.

This is where we come in, church family. We are in a unique position that may never happen again in our lifetimes. Around the world, all authenticity, trend, and showmanship have ground to a halt, and here we stand with the only songs that matter. We were made for this moment. We’ve prepared for it every Sunday. A lost world has been stripped of distractions and forced to consider its mortality. “Imagine” won’t do. But “Amazing Grace” will. Already, cell phone videos are popping up of nurses belting out tearful praise choruses at the end of a shift; quarantined communities singing hymns from their balconies. Congregational worship has always been missional; we want the lost to hear the gospel in our praise. But up until March of 2020, we sang against a cacophony of noise and distraction. Today, we sing into a void. The dying world finally knows it’s dying, and it doesn’t know what to sing. Clear your throat, stand up straight, and sing the last song. The only song that matters.