Fatherhood Points Us To The Father 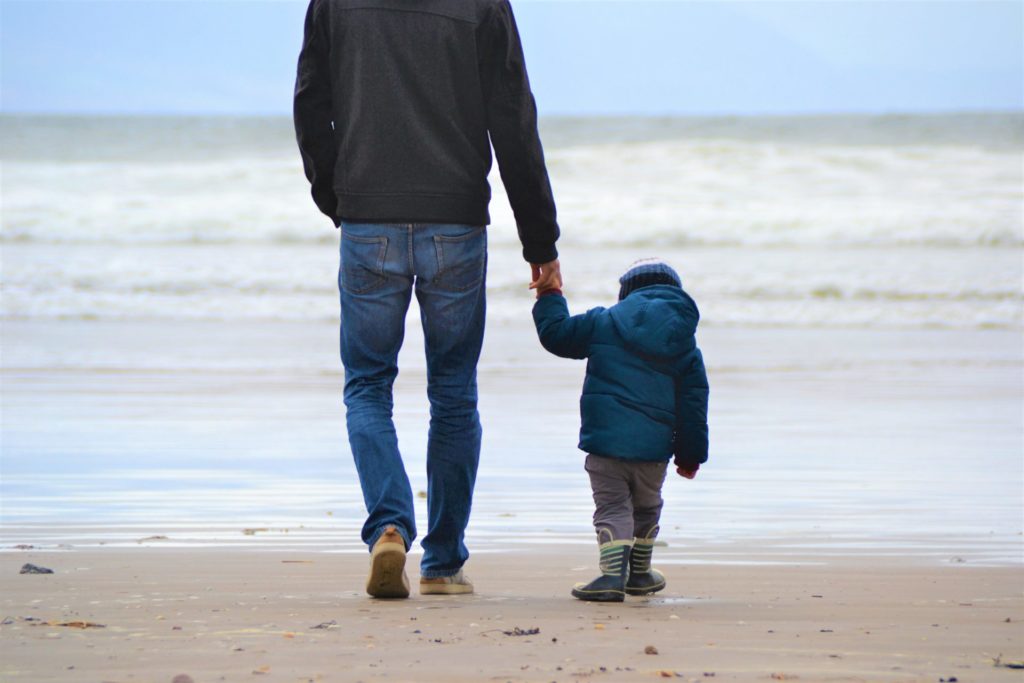 It was probably around 3 a.m. I was standing over James’s crib, angry. I had graciously gotten up in the middle of the night, warmed a bottle of milk, changed my 1-month-old son’s diaper, bounced up and down with him in my arms, sung to him, kissed him, and changed his diaper again. But still, he screamed.

In the Bible, God reveals Himself to us. Because of His word, we can actually describe what God is like. Scripture uses all sorts of adjectives: powerful, holy, merciful, just, kind. But the character and nature of God are so deep and weighty that He did not rely only on these adjectives to communicate His glory to us. He decided to use word pictures that would penetrate our hearts as we experienced both the shadows and the antitheses of His character in our lives.

One of the most prominent ways God describes Himself in the Bible is as a Father. This description is powerful because it carries so much meaning in all of our hearts. Whether you grew up with a loving father who was present or an absent father who wasn’t in the picture, God wants to use that relationship to help you know Him in a deeper way. He reveals Himself as Father to teach us His faithfulness (Romans 8:15), His generosity (James 1:17), His love (1 John 3:1), and so much more. He teaches us these things through both the successes and the failures of the fathers in our lives.

Fathers have been falling short of the glory of God since the Garden of Eden. But now more than ever, children are growing up with an empty chair at the head of the table. I have so many friends who have either a very bad relationship or no relationship at all with their dad. Instead of seeing faithfulness in their father, they see cowardice. Instead of generosity, they see selfishness. Instead of love, they see cold-hearted neglect. This is not the way it is supposed to be.

Yet, God uses our experiences in a fallen world to reveal His glory through His word. Much like the woman whose mouth was dry knew she needed water, a fatherless child knows there is something missing. That father-shaped gap in their life is meant to be filled, and there is a Father who is eager to fill it.

As deep as the failures of earthly fathers can go, the goodness of God always delves deeper. Every good thing that our fathers were not is perfectly realized in the glory of God.

When the fatherless feel the void, there is a Father who can satisfy their longing for eternity.

But just like a candle can cut through the blindness of a dark room, fathers can be the light of the glory of God in our darkened world. There is no perfect father on earth, but we can strive in the power of the Spirit to show His character in real ways to our children and to the world around us.

I’m grateful that the Lord blessed me with a father who has always been there for me. My dad’s life has taught me that whatever struggle we are going through, God will never stop loving His children. My dad has shown me that God finds joy in blessing His children and that our heavenly Father is deeply invested in our good.

Our culture is trending toward the destruction of the biblical family. Even the idea of a home having a father, a mother, and multiple children are being challenged. Newsweek recently reported that France’s National Assembly voted to remove the terms mother and father from forms in their public schools, replacing the terms with “Parent 1” and “Parent 2”. One popular American activist organization states explicitly on its website that one of their goals is to “disrupt the Western-prescribed nuclear family structure.”

So there I stood, looking down at baby James as he kicked and screamed and did everything he could to let it be known he was not happy with me. As I got frustrated and overwhelmed, the Lord used my weakness to show off His glory. When I’m discontent with the plan of God and I find myself kicking and screaming and whining about where He has placed me, somehow He patiently bears with me and perfectly loves me. God is the Father who never loses His head, never ceases to care for His children, and is always there when we cry out “Abba! Father!”

Deeply convicted, I picked James up out of His crib and sang to him until he slept,

Great is Thy faithfulness, O God my Father.

There is no shadow of turning with Thee.

Thou changest not, Thy compassions, they fail not.

As Thou hast been Thou forever wilt be

All I have needed Thy hand hath provided    Great is thy faithfulness, Lord unto me!